We are proud to announce that Pincvision has become the back-of-shirt sponsor of the Dutch soccer team ‘De Graafschap’. Pincvision and De Graafschap have concluded a sponsorship agreement for the season 2012-2013, with an option for next season.

Edo Bosga, Managing Director of Pincvision about the sponsorship: "Why did we choose to sponsor De Graafschap? Pincvision has been existing for 10 years, based in Doetinchem from the start, yet plenty of people in the region do not know about us. After 10 years we thought it was time for us to throw our modesty to the wind. We want to step out of the shadow. We have been watching the stadium light poles from our office for years and decided that sponsoring De Graafschap would be a good way to promote Pincvision regionally but also nationally.
What we like about De Graafschap is that they are always striving for the championship. A goal that is entirely consistent with the strategy of Pincvision, being best-in-class."

“We are truly proud to have the name of a company like Pincvision on our shirts. Isn’t it great, a company with personality and ambition. We are convinced to have a bright future together” declares Henk Bloemers, CEO of De Graafschap.

To usher in the shirt sponsoring in an entertaining way, De Graafschap played a few matches with the URL "10jaarcompliance.nl" on the back of their shirt. With this action we wanted to arouse the curiosity of the audience about the name of the new sponsor. At the same time this action emphasized our 10th anniversary. A milestone an organization can be proud of but also one that shows confidence and quality.

Our ambition is to be seen as a good and growing organization, but also as a pleasant and great company everyone would be proud to work for! 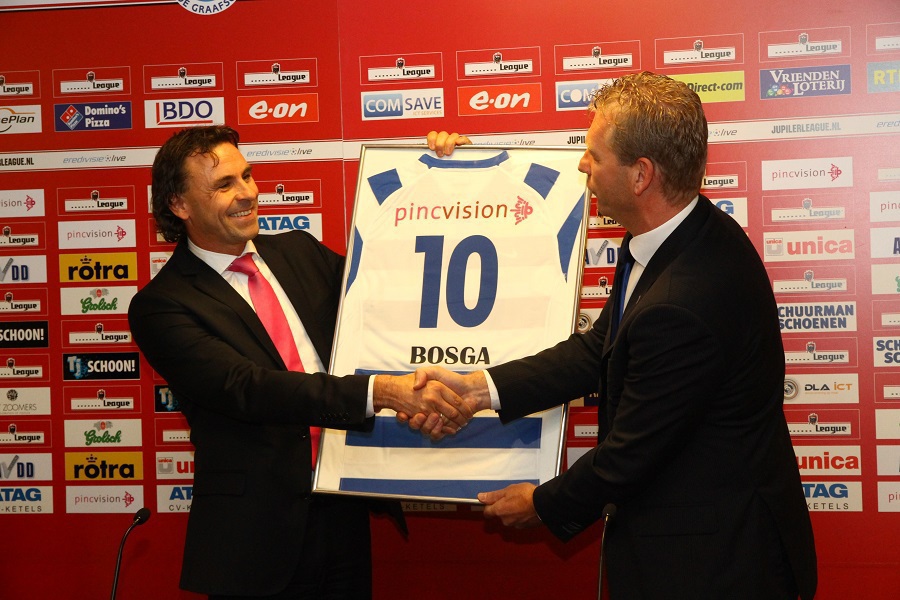